It seems like when a lot of people say “animation” they are describing visual presentation in anime. The thing is, animation and aesthetics or visuals are completely different things. Whereas one describes how well the pictures flow together with cinematography or high frame rate, the other is basically describing how “cool” it looks.

And while both are very important to anime, I’m a firm believer in Aesthetics being more important than animation or any other aspect of an anime. More than that, I think aesthetics are the aspect that pushes a 9 out of 10 show to a 10 out of 10 masterpiece.

A show I want to point to is Nisemonogatari. This is a show that a lot feel is the weakest of all the monogataris. And I would definitely agree. Nisemonogatari does feel a lot of times like a fan service season. Most of the characters that the season focuses on are all characters that have been briefly introduced yet never talked about previously. But even with these aspects that should make a show boring in normal circumstances, I think the aesthetics itself covers up all of the problems that the show has. Every second in Nisemonogatari you are on the edge of your chair, not because of a tense battle scene, but because you are speechless at how beautiful each frame is.

Take the Shinobu bath scene. You can see the full display of Shaft’s unique aesthetics. First, you have the hyper-empty room. Shaft directly put the characters as the focus of an exaggeratedly large room. Then you have the colors that kind of look hollow to support that empty feel of the room. Both of these aspects immediately direct the viewer’s attention to the center with the red flower petals and the bright hair of Shinobu. You also see these transparent glass-like materials on the side of the bathroom that just adds to the holy like atmosphere that Shinobu gives throughout the whole scene.

Even the infamous toothbrush scene. No one will tell you that that scene has good directing, animation, or even say it’s good (unless you are into that stuff) but the visual presentations in the scene are also really unique. Immediately as the toothbrush enters the whole atmosphere turns into this erotic pink. You see each string (?) of the toothbrush flying around beautifully with the music in every direction. My favorite part of this scene is when the camera fans to the monitor. The chair and the background is simplified and you see a video and Karen on the monitor. This single frame that just screams Shaft made me so invested in Nisemonogatari as a show.

But good aesthetics doesn’t have to be a Shaft show. take two shows for examples: Slime Isekai and No Game No Life. Both isekai shows feature the cliche of an overpowering main character. Both are very fun shows. But I enjoyed No Game No Life a lot better than Slime Isekai. And a primary reason to that is No Game No Life’s aesthetics. The world of Disboard is filled with extremely bright and flashy colors. Immediately, as the show starts off with Sora and Shiro being blasted from their dark rooms to Disboard, we are introduced to the world with an explosion of neon-like pink and blue colors. The brightness may seem a little bit blinding but it screams fantasy immediately. The contrast from their dark room with only monitors to light up the room to the brightly shining world of Disboard immediately caught my attention when I watched the show.

That’s not to say Slime Isekai wasn’t visually pleasing at all. If you look at the cave scene in episode one, the lightly saturated bluish colors of the cave that prevent everything from going pitch black creates a very mysterious atmosphere. I can tell you that I enjoyed that visual presentation a lot more than Arifureta’s almost blinding dark cave. But No Game No Life aesthetics, more than Slime or Arifureta, is very unique. It’s a whole new setting that presents a whole new visual presentation from anything that I’ve really seen in anime. And I truly think that shows like this that can present a unique visual appeal makes it really stand out from the rest of the anime out there. This is exactly why I think shows like Aria, Mushishi, Hidamari Sketch, or Kara No Kyoukai stand way above any other shows in their genre. 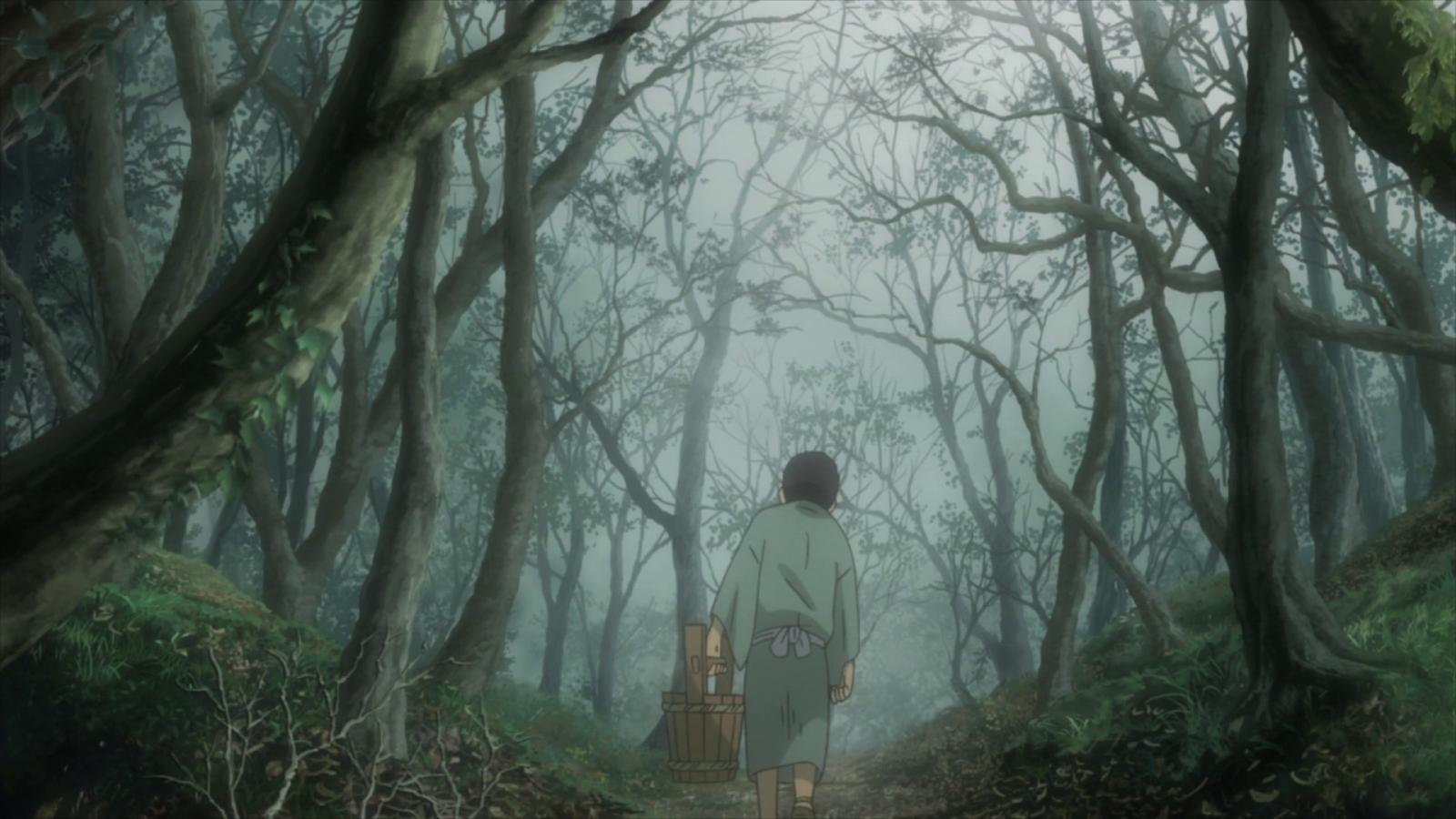 You might be thinking aesthetics isn’t the only reason why No Game No Life is better than Slime and why that’s better than Arifureta. And I agree. These examples that I gave are shows that I think are just fundamentally good in other areas as well. After all shows with good aesthetics are useless if all other aspects of the show fail. But to me, a show with great aesthetics, failing on other areas is a lot more refreshing than an okay show with boring visual presentation. Because personally, I’d rather read a pretty art book than a good novel.