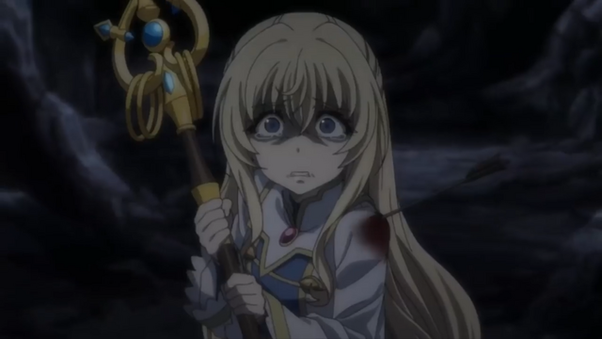 A (Late) Review of Goblin Slayer: Is it worth watching?

Goblin Slayer was one of the most popular shows last fall in 2018, with lots of conversation rising from its opening episode that was taken quite controversially within some communities. Read my take on the show to help you figure out if this show is worth your time or not.

Note: This review was written quite a while ago during the time that this show aired, and was originally written to fit to the traditional MAL review format. This is only a review of the first episode, I didn’t go beyond that point(and have no intention in doing so).

Goblin Slayer is a shitty edgelord anime that is nothing special, except this one is ‘brave’ enough to include a rape scene right at the first episode. Now personally, I don’t have anything against rape fetishes, monster fetishes, and nothing against shows that choose include those, but the way that this show uses it to attempt to shock the viewer is laughable. The character that the main girl first gets into a team with are a bunch of idiots, that clearly have no idea what they’re doing, going into a dungeon that is way above their level. But if the foreshadowing that is provided by the show isn’t enough, the characters’ personalities, appearances and dynamics are so generic even in this show, that it’s plainly obvious that something bad is going to happen.

Also, this is probably something that just applies to me, but the dialogue, especially the character Goblin Slayer’s, feels just slightly off and overly dramatic in the most subtle ways, that months after watching the first episode, Edy and I ended up referencing some random shit like “A lot.“

Ugly characters and art, accompanied with inconsistent animation. Goblin Slayer tries to act cooler and smarter than it actually is by having important scenes in black and white with only some things like blood colored in, which is fine in it of itself but there’s also other stuff that’s colored in like someone’s clothing or eyes, and it’s different for every person. This obviously doesn’t have any significant meaning, and is rather just for aesthetic purposes, but it ends up being distracting to the viewer and doesn’t even look that good. It makes no sense, and clearly this anime just trying to pull a shaft without knowing what the hell they’re actually doing. The anime also puts on that terrified, contorted face whenever they can, and just like 99% of the other shows that use the expression, it makes the show look and feel like garbage.

I’ve seen bits and pieces of the second episode, which introduces a childhood friend character, and her tits are just way too fucking big, it’s distracting and the way it’s animated just looks stupid and out of place. This anime is also filled with tons and tons of CG, and even the main goblin slayer character is CG most of the time when we see him walk around, so we can tell just how much the staff cared about making this show look good.

I hate this show.

What did you think about Goblin Slayer? Leave a comment! (●´∀｀●)

One thought on “A (Late) Review of Goblin Slayer: Is it worth watching?”